The 15th Infantry was activated during the Civil War on 3 May 1861 by General Order No. 33 with its headquarters first in Wheeling, West Virginia then Cleveland, Ohio, then on to Newport Barracks, Kentucky and finally ending up in Fort Adams, Rhode Island.  At the Battle of Shiloh on 7 April 1862, the 15th Infantry earned the distinction of being the first new infantry regiment to engage in battle in the Civil War.  In April–May 1862, the regiment marched toward and fought in the First Battle of Corinth, Mississippi.  By the end of the Civil War, the regiment had fought in 22 major engagements, including Chattanooga, Chickamauga, Murfreesboro, and Atlanta as a part of BG King's Brigade of Johnston's Division, XIV Army Corps of the Army of the Cumberland.  The regiment was a key element of the only Regular Brigade in Sherman's Army.  The regiment's crest includes the acorn, the symbol of the Major General George Thomas's XIV Corps, and the mountains of stone to symbolize the Corps' firm stand as the "Rock of Chickamauga".  The four acorns represent the four major engagements.

The 15th previously existed and continued to defend the United States of American in the following conflicts:
The War of 1812
The Mexican War
Indian Wars from 1869 – 1898
The Boxer Rebellion (China)
World War II
Korea
Vietnam
Desert Storm
The Global War on Terror 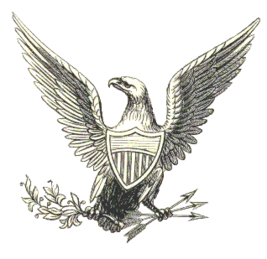